Perception is one of the most commonly used tools of advertisers. If done correctly it can be used to sell a person a product or an idea, even if it's something they do not want or need. All you need is an image combined with some information (factual or not) that catches a person's eye and makes them interested in whatever is being sold which ultimately leads them to buying whatever it is that is being sold.

Promoters of pseudoscience and conspiracy theories know this as well, and will often times create pictures on the internet of images coupled with text in an attempt to get you to "buy" whatever claims that they are making.

Here's an example of what I'm talking about: 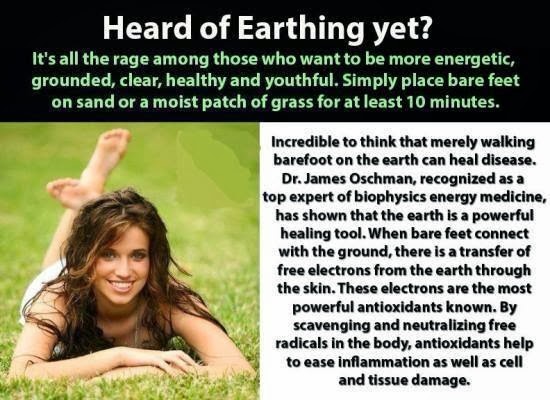 This is an example of using positive images inorder to fool people into believing that something that isn't true. In this case it the original creator wants you to believe that Earthing works.

Now lets take a look at this next picture, courtesy of Illuminutti.com: Not as nice looking as the previous picture, is it?

Except for the photo in the bottom left side of the page, everything else about this picture is exactly the same as the one above this one.

Most people probably would not have bothered to read the text on the second picture due to the shear fact that they would be to disgusted by the photo to bother read the text. Even if a person did read the text they probably wouldn't try Earthing in the first place out of shear fear of ending up like that guy.

This is ofcourse why the creators of the first photo wouldn't use such a photo. They know that such a photo would probably make a person sick to their stomach and not even bother to read the text, more or less be even interested in Earthing.

Ofcourse while positive images work very well in promoting pseudoscience and conspiracy theories, negative images can often have the same impact, if not more so than positive images if it's done right: 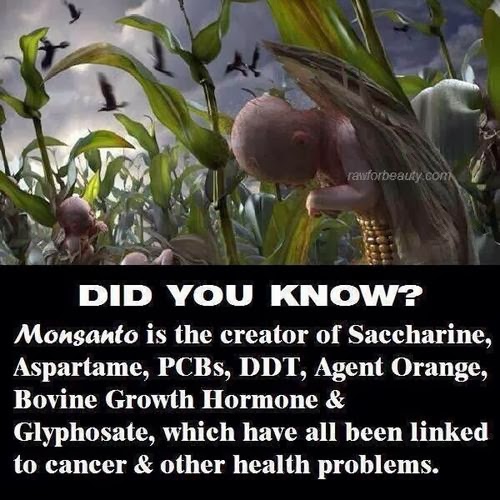 Now for many people if they saw something like that and then read the text they would probably never eat any GMO foods again, and they probably wouldn't bother to do any research into the claims either. They would just see the image and be to scared to actually investigate what the text is saying, which is probably what the creators of that picture intended it to cause people do.

The fact is that anytime you see stuff like this on the internet you should always question the claims being made, and always assume that whomever made it is trying to screw with your perception inorder to deceive you and get you to to believe them without questioning their claims.
Posted by The Locke at 1:32 PM