Mermaids: Why they really are a myth Part 2: Un-evolvable

In a previous blog concerning the Discovery Networks docu-drama Mermaids: The Body Found I discussed how it isn't possible for mermaids to hide for this long and never be found. Well, there is a very good reason why mermaids have never been found, and why they most likely don't exist in the first place: It's highly unlikely that humans could have evolved into mermaids (at least in the short period of time as the film depicts).

Most mermaids (including the ones in the film) are often depicted as having their legs being fused together into a tail, with their feet having evolved into a large flipper.

While there have cases of infants born with their legs fused, this is not an evolutionary process, but a very rare birth defect called Sirenomelia, and most infants that are born this way either don't live very long, or they are still-born. Those that do manage to live for several years after they were born are only alive because of modern medicine and surgical techniques. Considering this it should be considered highly unlikely that someone born this way could live long enough to have children of their own (if they were even capable of having children in the first place, and most children born with Sirenomelia are usually born with underdeveloped reproductive organs, or none at all) or could even survive in the water. Also, considering the rarity of this birth defect it's highly unlikely that enough people could be born like this in the first place to create a sizable population.

The reality in concerning the evolutionary process when it comes to limbs is that limbs usually do one of two things: they grow or they shrink to the point where they disappear.

Dolphins are a good example of both of this. 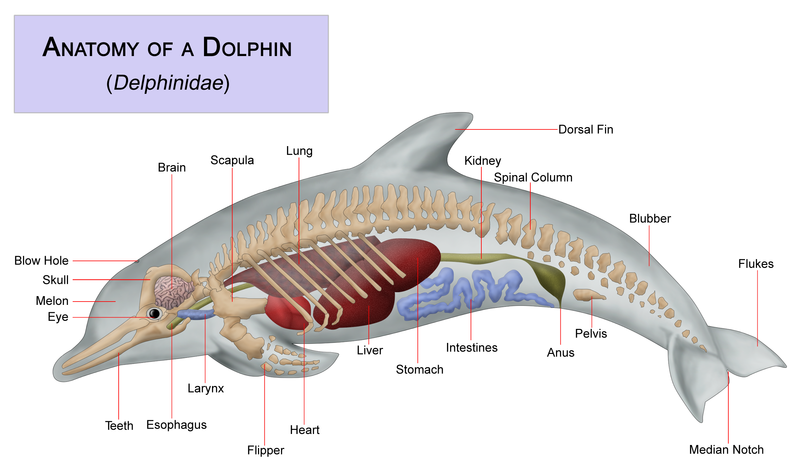 Dolphins clearly have no back legs what so ever, but at one point in time did, as clear with the still existent but useless pelvis bone (Author's note: it is quite common among lifeforms to have useless body parts that are left over from an earlier evolutionary form), and that the tail has become elongated and thickened to the point where it is now apart of the main part of the body itself. Even it's flippers have elongated finger bones instead of one fused bone.

Now it is true that our evolutionary ancestors once had tails, and that the remnants of that (tailbones) still exist with us, but our evolutionary ancestors probably lost their tails over ten of million years ago (if not longer), and while it may not take a long time to lose an appendage (on the evolutionary time scale at least) it would take a long time to grow (or regrow) a new appendage, and the time frame the docu-drama (about 2 million years) is most likely not enough time to do it.

Also, even if they did exist, the odds are they really wouldn't look like the way they are commonly depicted.

Most likely a real life mermaid they wouldn't have the lower fish body and the upper human body, as commonly depicted. The heads most likely wouldn't even have a neck, and their bodies would be streamlined with their faces facing forward and inline with their bodies, instead of being parallel to their bodies (which would leave us constantly looking down at the sea floor and running into things). Also, our arms would shorten to the point where there would be nothing left but our hands, which in turn would become flippers.

The fact is that mermaids most likely couldn't have evolved from humans, and even if they could have they would probably look more like dolphins, or seals, then the classically depicted half man, half fish.
Posted by The Locke at 8:26 AM