I walked down to it (since it is near my house, and I walk down to the area where it was held everyday anyways, so that's no problem) and took a look around to see what was going.

There was of course a lot of people selling stuff (clothes, hand made jewelry, etc.), there was activities for kids, and there was the selling and promoting of woo and pseudoscience...

Now there was a lot of promoting of organic foods (which doesn't bother me that much, it's just that there are some things that are claimed about it that are simply not true) and new age stuff, but there was also the promoting of things there that honestly should not have been there.

There was of course first this: 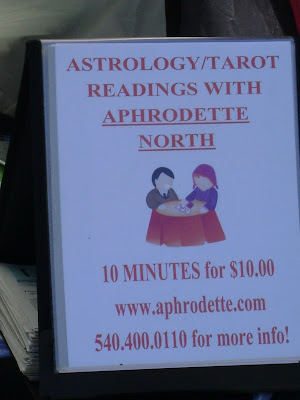 I have no idea what this has to do with Earth Day or conservation. All I know is that you are basically wasting $10 on something that is vague and won't really tell you anything.

Next I saw this: 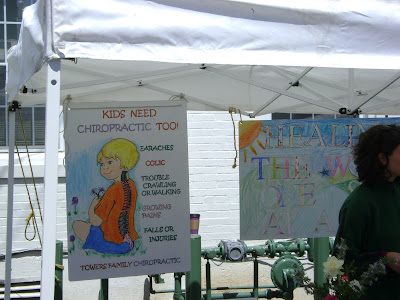 It's bad enough that adults go to these fake doctors, but kids???

Besides, what does any of these things have to with the spine in the first place???

Finally there was this: 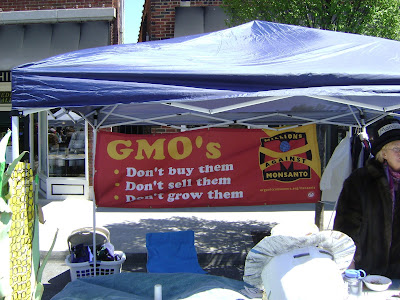 This of course wasn't the only things that promoted woo and pseudoscience (and in my opinion should not have been there) but these three things should never have been allowed to be there at all, because they have nothing to do with either Earth Day, nor the environment, and not only promoted stuff that not only wastes money, but also may be harmful.

Over all the whole event left me with a feeling that it was more about the promoting and selling (quite literally at that) of woo and pseudoscience, and that much of what was there should not have been there, and that the whole event was more of a promoting of the New Age movement, rather than conservation or the environment.
Posted by The Locke at 7:08 AM