10 People who predicted the end of the World... More than once.

This whole "end of the world" thing has once again got me thinking about all of the people who have made doomsday predictions, and more than once.

I decide to look around Wikipedia and have found quite a number of people who have made multiple doomsday predictions that didn't happen.

So here are ten people that made multiple end of the world predictions: 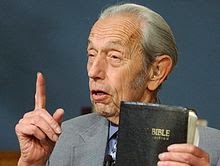 Harold Camping, the now infamous evangelical preacher and founder of the Christian radio station Family Radio, used some mathematical equations, along with some calender dates and dates in the Bible, to predict when the Rapture was going to occur, and the eventual end of the world itself.

One would think that someone whom had failed to predict the end of the world four times before that no one would listen to this guy's last end of the world prediction. But alas, not only did people listen, but they also spent millions of dollars on an advertisement campaign that basically told people they were about to die. 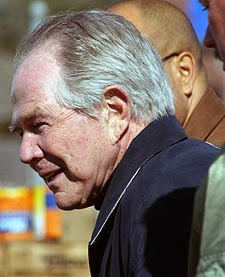 I'm sure most people in America know who Pat Robertson is. He's the host of The 700 Club, as well as the founder of the Christian Broadcasting Network and Regent University, and is considered to be one of the most famous televangelists in the United States, if not the world.

He's also made a failed prediction about the end of the world... twice. 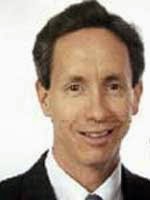 Leader of the notorious polygamist cult the Fundamentalist Church of Jesus Christ of Latter-Day Saints, and convicted child molester, Warren Jeffs predicted, twice while in prison, that the world would end.

His first prediction for doomsday was for December 23, 2012. When that failed to occur he blamed his followers for that failure due to a "lack of faith" (because apparently you have to have a lot of faith inorder to make the apocalypse happen) and then moved his prediction to New Years Eve of that year.

I guess his followers still lacked enough faith to bring about the end of the world. Or maybe he just got the date wrong again?

Or maybe he's a obscene liar as well as a pedophile.

Herbert Armstrong was the founder of the Worldwide Church of God and Ambassador College. Throughout his lifetime he and and his advisers met with numerous leaders in various governments throughout the world, for which he described himself as an "ambassador without portfolio for world peace."

He also made four end of the world predictions, all of which clearly failed.

His first end of the world prediction was that the Rapture was suppose to occur in 1936, and that only followers of his church were going to be saved.

Considering that fact that he failed to predict the end of the world four times, why anyone, more or less heads of state, would ever listen to this guy is beyond me. 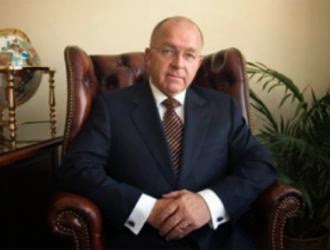 Founder of the Church of God, Preparing for the Kingdom of God (damn that's a long name) a splinter sect of the Worldwide Church of God (what a surprise), and convicted tax evader Ronald Weinland predicted that Jesus Christ would come back and that the world would end on September 29, 2011... and May 27, 2012... and May 19, 2013.

You're not reading that wrong. Ronald Weinland, three years in a row predicted that the world would end, and each and every time he did... nothing happen.

No word yet from him on whether or not the world is suppose to end this year. 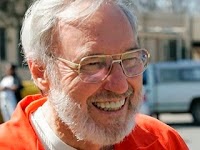 The first end of the world prediction (which he made in 1999) was that the world was suppose to end sometime in the middle of 2002 via nuclear war.

This pattern of failed predictions tells me two things about him: He's obsessed with nuclear war, and he's bad at making predictions. 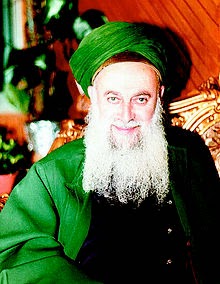 Turkish Cypriot Sufi Sheikh and leader of the Naqshbandi-Haqqani Order, Nazim Al-Haqqani, also known as Shaykh Nazim, is a well respected promoter of Sufi Islam, as well as a promoter of tolerance and peace.

His first failed prediction was that in 1980 Mahdi would appear and rid the world of evil. When that failed he predicted it would happen in 1988, which obviously also failed.

Finally he predicted that just before the year 2000 came around that the "Last Judgement" would occur and then, the end.

He might be a good guy, but he's bad at predicting when the world is suppose to end. 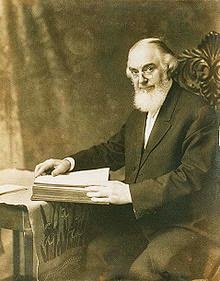 As known as Pastor Russell, Charles Russell is the founder of the Bible Student movement, which would later become those annoying door knocking on a Saturday Morning when you're trying to sleep in and refusing life saving blood transfusions people, the Jehovah's Witnesses.

Much like any other typical cult leader... I mean high profile religious leader, Charles Russell made a couple of end of the world predictions.

His first prediction was that Jesus would return in 1874, which according to Charles actually did happen, only that Jesus was invisible. He then predict that the world would end sometime in October 1914 (and before you say he probably thought the world was going to end due to the fact that World War I was going on, I should let you know that he made this prediction in 1892).

His second fail doomsday prediction was also his last, as he died in 1916, and couldn't continue making any more bogus predictions.

Despite of his death however the Jehovah's Witnesses decided to continue the tradition he start and made several more failed doomsday predictions (1918, 1920, 1941, and 1975). 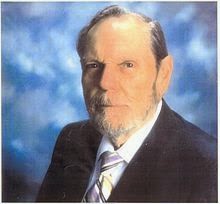 Leland Jensen was the founder of Baha'is Under the Provisions of the Covenant, and also held a "doctorate" in natural medicine and chiropractics (I.E. fake medicine).

It's not that surprising to me that someone with that type of "education" would make a couple of end of the world predictions, which he did.

His first prediction was that the world would experience a nuclear holocaust, starting on April 29, 1980.

Is it just me, or did he seem to be a little obsessed with April 29?

Sometimes smart people can believe in really strange things. Edgar C. Whisenant is a prime example of that.

Whisenant was a NASA engineer as well as a Bible student, which on it's surface doesn't sound that bad, but underneath apparently the combination creates a person that constantly believe that the Rapture is going to happen.

He made so many doomsday predictions that people stopped counting them and started to ignore him.
Posted by The Locke at 2:13 AM